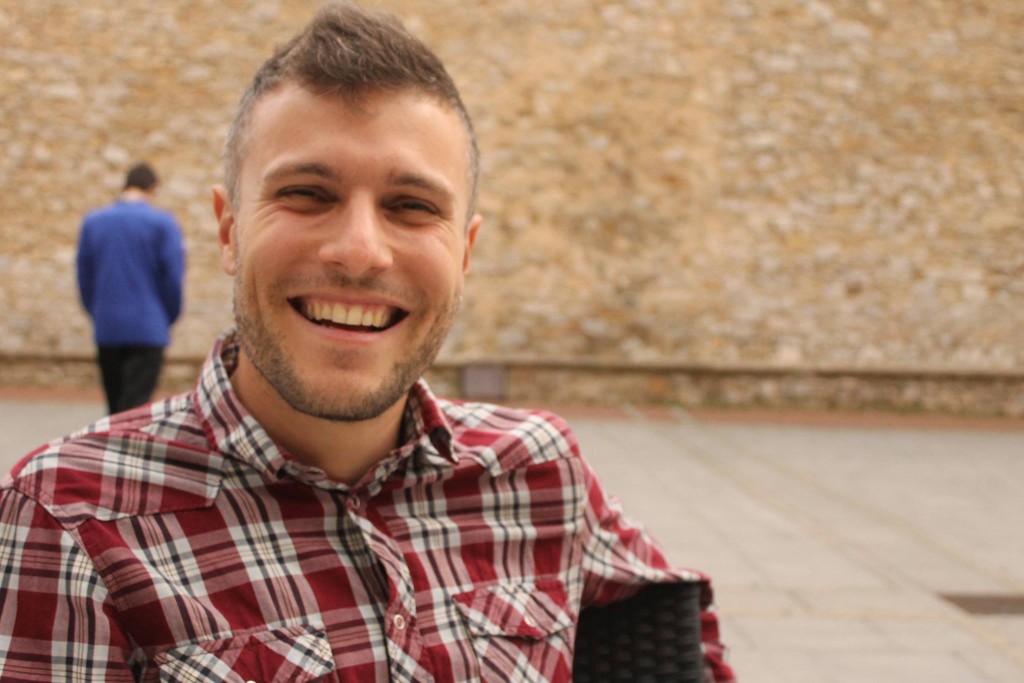 Joanals starts his music career at the age of 8 in Adrià Sardó Music School of Calonge, his hometown, as a piano player. Right in that school he studies most of his primary music education (until the 4th average level), with teachers such as Carina Nadal, Jaume Oliver, Lluís Brugués, Josep Frigolé or Adrià Sardó himself.

The two remaining levels of the average degree were done at the Isaac Albéniz Conservatory in Girona, from which graduates as pianist in 2004.

During the last year in that conservatory he starts playing tenora (Catalonian double-reed instrument) with Josep Gispert as teacher, but it wasn’t after that graduation, that he decides finally to dedicate his life to the music. The next year he lands in Music College of Catalonia (ESMUC), where he studies Music Theory and Composition.

On spring 2011 gets licensed of Music Theory and Composition. During that time he learns the main basis of composition with teachers such as Feliu Gasull, Bernat Vivancos and Manel Camp. In what composition matters, he’s been in touch with subjects as Composition Techniques, Orchestration or Music Analizing with teachers such as Albert Guinovart, Josep Baucells, Karst de Jong, Eduard Resina, Manel Rodeiro o Josep Margarit. His final project was focused into Catalonian Cobla (traditional kind of band) instruments, in which he deeply studies their features about orchestrating, as well as composing in several kinds of styles and stethics, where those instruments play a very important role.

Also during that time in the College, he studies tenora in City Conservatory of Barcelona, with Jordi Figaró between 2005 and 2010.

He has been very much in touch with Catalonian traditional music, not only in those music bands in which he has been part of it, but also achieving the 1st degree in Catalonian Popular and Traditional Music Room, as gralla player (Catalonian double-reed instrument).

On spring 2014 he graduates from Kuopio Conservatory (Finland). Joanals had been attracted by the educational and musical tradition of the country all along the time he spent studying in Barcelona. He studied classical piano with Kimmo Huikuri, as well as  jazz piano with Elina Kemppainen and slide trombone with Mauno Peltola. He performed in many chamber music ensembles as well as a few masterclasses given by prestigious finnish piano players, such as Juho Pohjonen, Risto-Matti Marin, Eeva Havulehto or Heikki Vesanto. He enrolled in Kuopio’s piano contest on April 2014, which takes places every three years.

In September 2014 he started classical piano bachelor’s degree in Liceu Conservatory of Barcelona with Michel Wagemans first, and then with Albert Attenelle, as well as David Malet in what chamber music concerns. Nowadays, he was forced to give up those studies due his job as teacher, performer and composer.

As a teacher, he is currently working in Adrià Sardó Music School of Calonge, in his hometown, which happens to be right the same place where he studied many years ago. Right now he teaches classical and jazz piano, chamber music, music theory and he’s creating a brand-new wind band.

As perfomer he had part in Cobla Contemporània of Sabadell as tenora player between 2006-2010. He has worked sometimes in other small ensembles such as Gralluts of Palamós, Metralla of Reus or Pareras Parelladas of La Garriga. During his times in Finland he had several gigs and concerts, as classical or jazz pianist or even as an organ perfomer.

As composer he has mainly focused in Catalonian instruments (whether cobla or other ensembles), as well as brass instruments generally. During his studies of Music Theory and Composition he used several kinds of ensembles, as brass or reed quintets, percussion, string trios, solo pieces and even some orchestra sketches. As more rellevant projects, it is important to tell about “Quadrigènia” soundtrack, ordered by Grup Mediterrània of Sant Cugat del Vallès during 2013-2014 and performed in 28/06/14 in Sant Cugat del Vallès by that dancing group and Cobla Llobregat. In the other hand he’s finishing a large composition projecte for the Jove Orquestra Catalana d’Instruments Tradicionals (JOCIT) (Catalonian Traditional Instruments Youth Orchestra). On May 2015 the Sextet de la Barítona (Barítona is a brand-new double-reed instrument, inspired by the tible and tenora of the cobla ensemble, in order to provide a lower-pitched instrument), has performed the “Gestacions Barítones”, which was a piece specially composed for that ensemble.